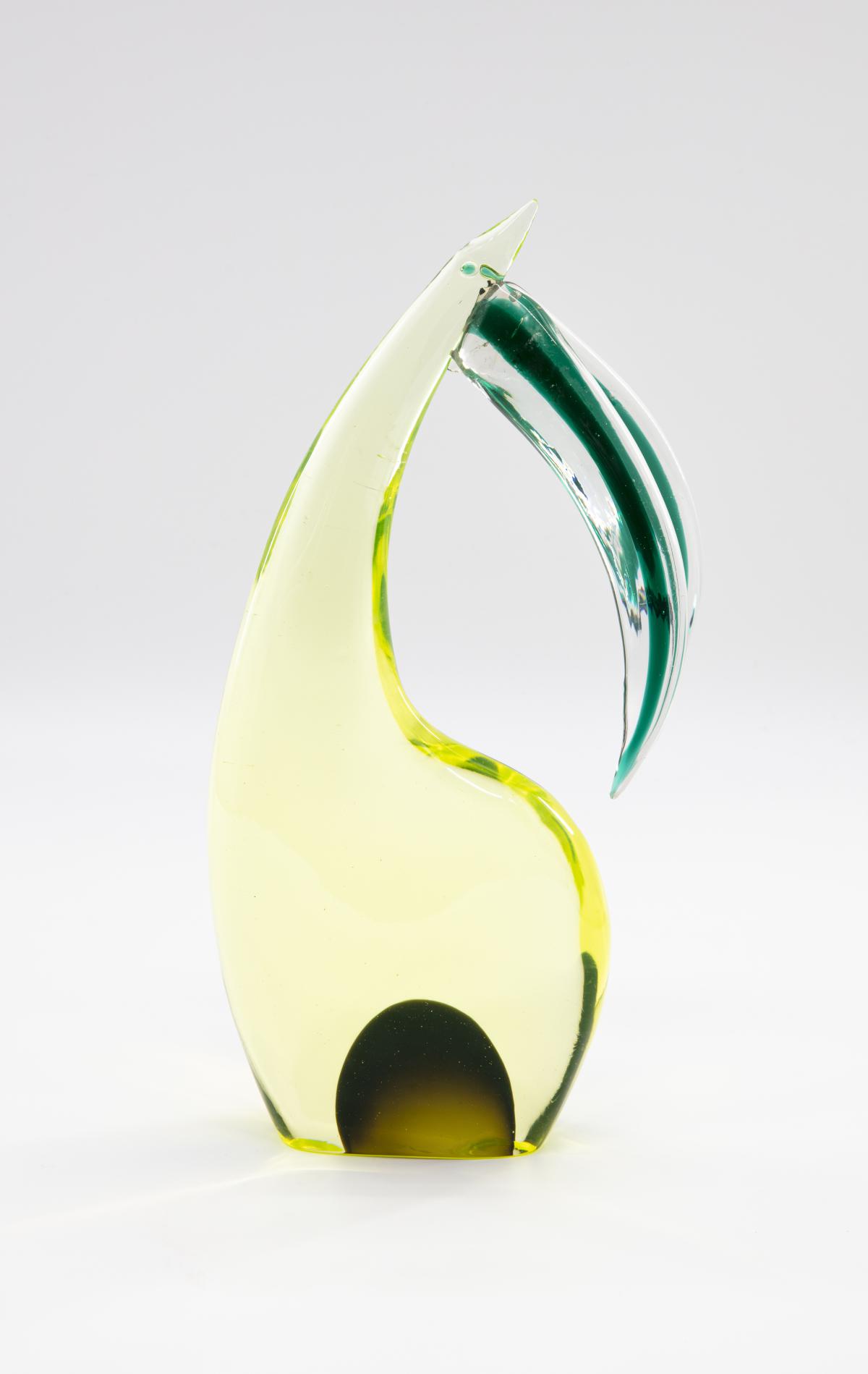 MASTERS OF MURANO GLASS. FOR OVER 70 YEARS

Bollinato is a special decorative effect used in thicker glass. This type of processing consists of distributing a myriad of ‘bubbles’ in the various layers of the object and can be achieved through two methods.

The first requires the glass to be rolled over a flat metal surface covered with small spikes: these, on contact with the glass object in its malleable form, create holes that are subsequently covered with another layer of glass.

The second method requires the use of a conical mould with points inside. In this case, the glass blown into the mould will have holes which will then be filled with the new glass layer. 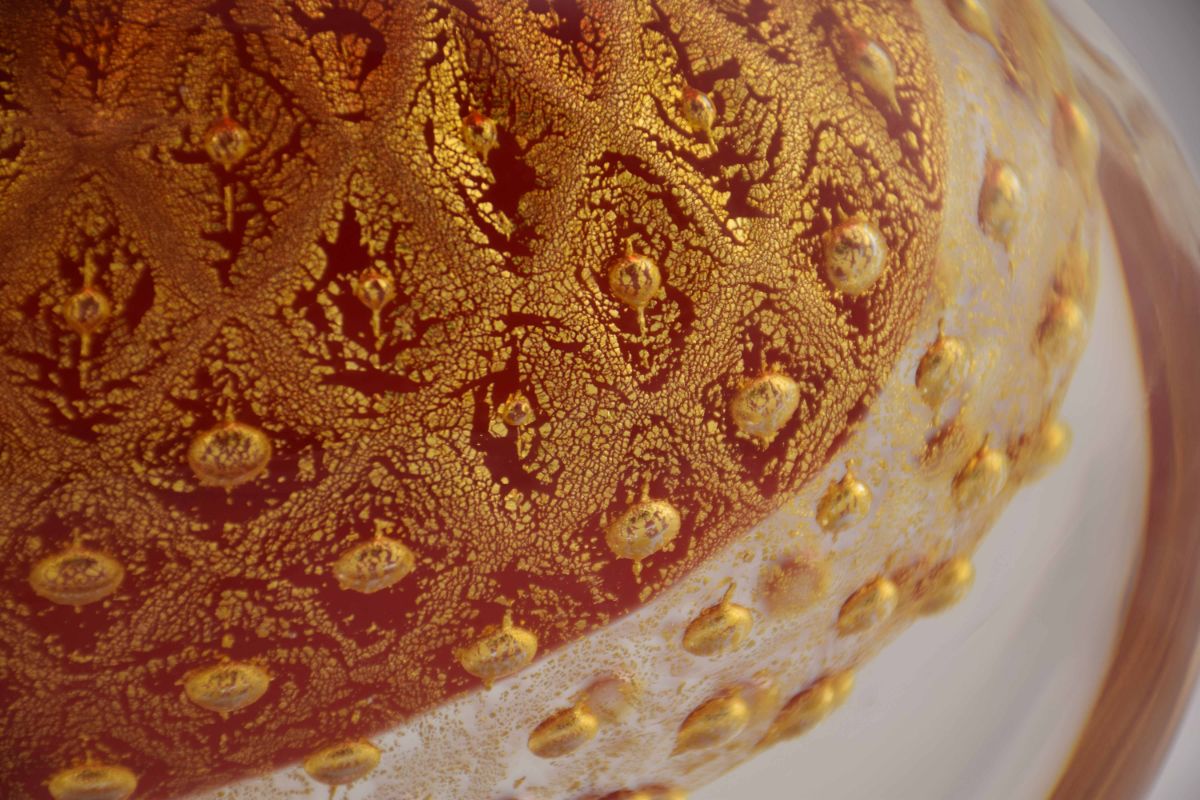 A refined yet complex hot technique invented in Murano during the first half of the 16th century, the intricate Filigrana glass processing technique requires the use of previously hand-prepared crystal rods of different colours; these are then used to obtain a regular or spiral design.

These pencil-shaped canes are placed next to each other on a refractory surface and heated until they melt into a single object. The canes can be arranged in a net, or lattice, or twisted.

The sheet obtained at this stage of the process is wrapped around a cylinder of glowing crystal-coloured glass, thus leaving only the coloured rods visible. It is then only at this point that the glass is blown into the different shapes designed by the master glassmaker. 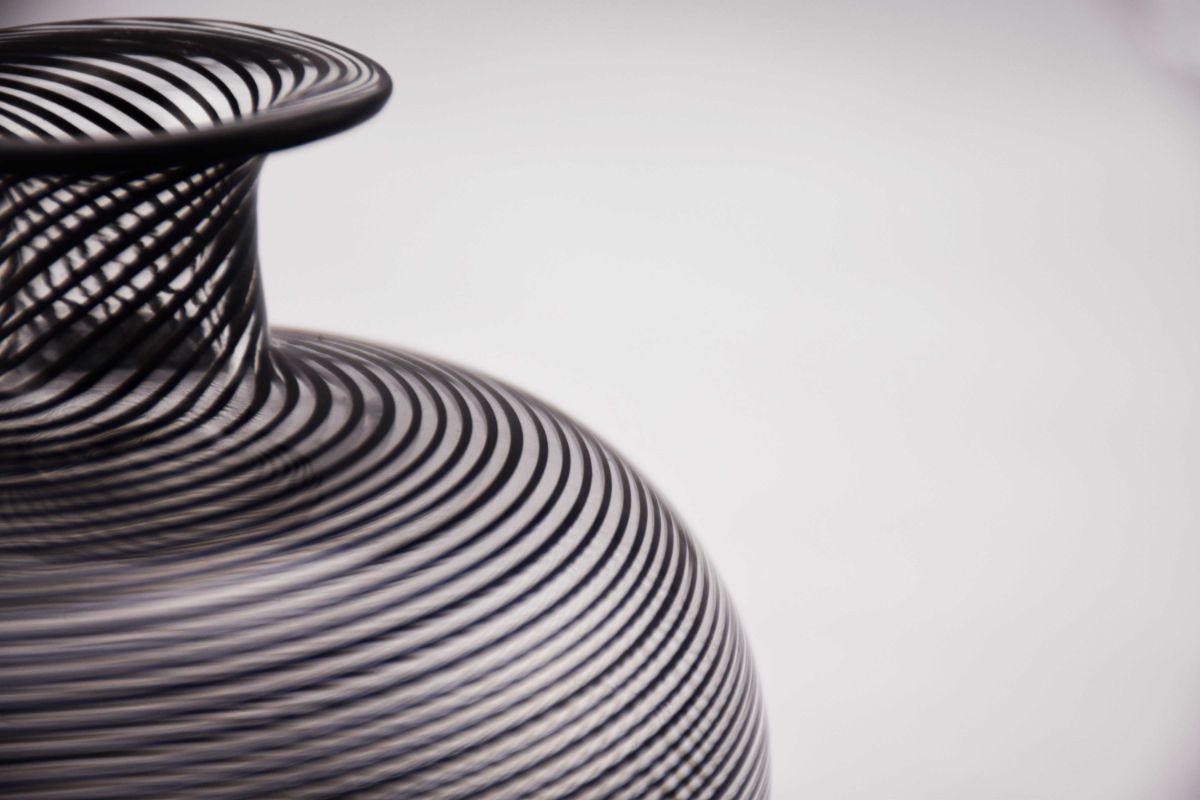 Fenicio is a type of decoration obtained by applying threads of still-warm glass paste (a type of opaque, coloured glass with a ceramic-like consistency) to the surface of the blown glass object. The threads are then ‘combed’ with a special tool to create repeated festoon patterns. Once heated and blown, these can be incorporated into the object to produce a smooth surface.

This technique was introduced in Murano glasswork towards the end of the 16th century. However, it is not known what it was called then: the term Fenicio was adopted in the 19th century when similar decorations were discovered in pre-Roman, Phoenician and Egyptian glass. 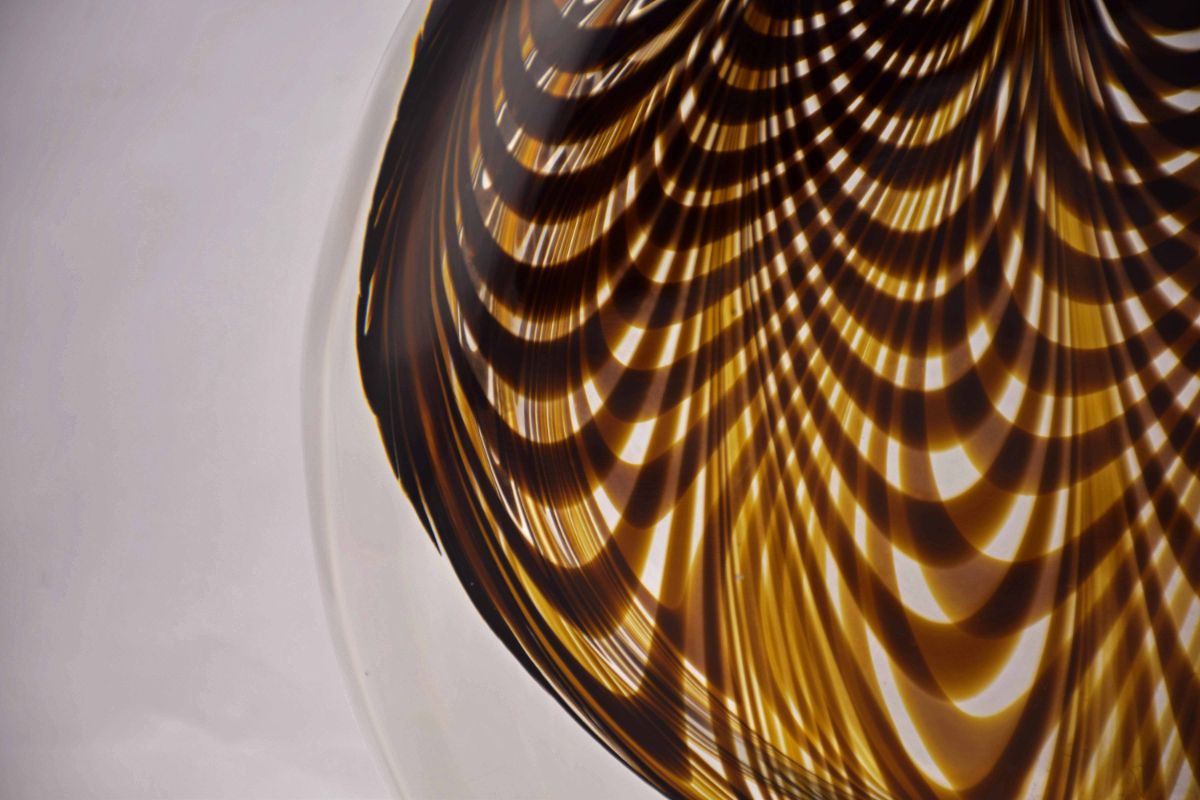 Sommerso style is a decorative technique used to obtain several layers of glass in a single object.

This thick glass is obtained by superimposing several layers of crystal glass and coloured clear glass by immersing the object, during processing, in different crucibles of molten glass.

The Sommerso is also characterised by its large number of variants, as some layers of transparent glass can be replaced by other types of glass (such as bubble glass, gold leaf, etc.), the inclusion of which allows for beautiful colour effects.Submerged glass was particularly popular throughout the 1930s. 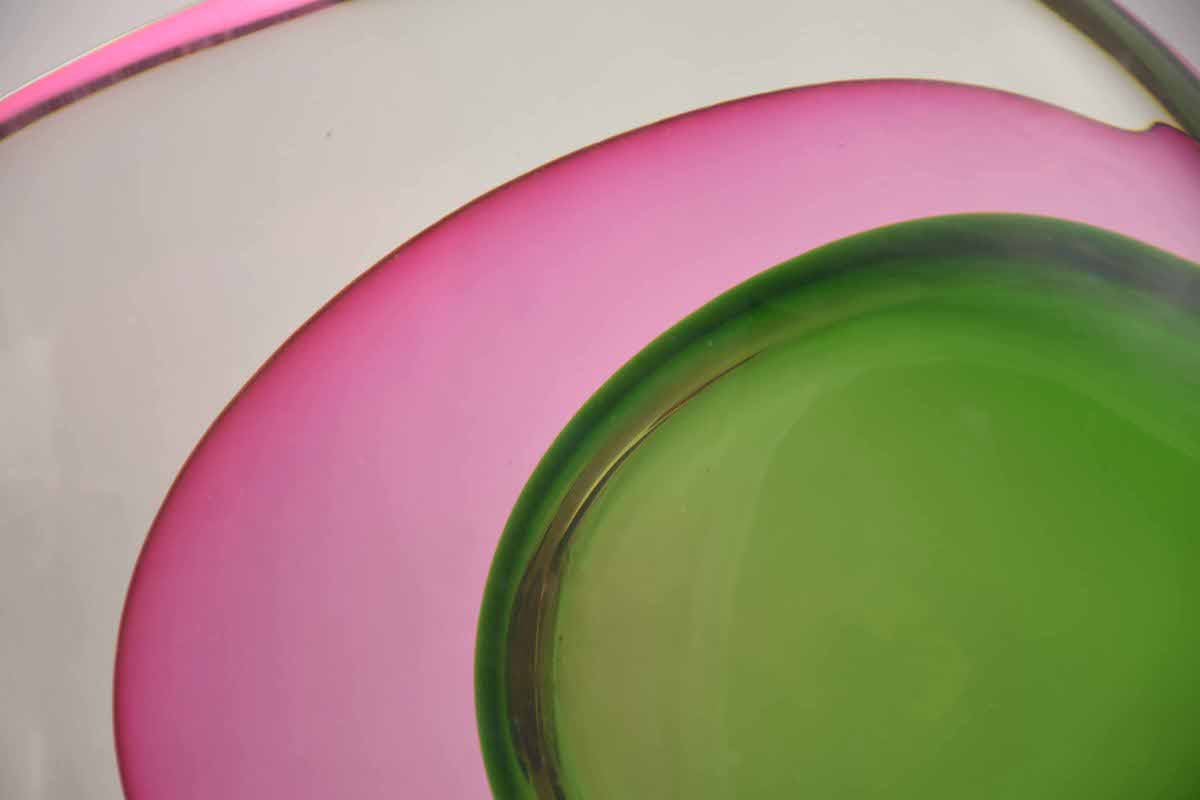 The name of this type of Murano glasswork derives from its particular appearance, similar to ancient Roman glass brought to light during a series of excavations.
‍
Introduced by master glassblowers in the 1940s, this process is characterised by the fact that it gives the glass a rough, opaque surface, predominantly grey but at the same time with patches of various colours.

The matt and irregular appearance is the result of a reaction of oxidised salts and minerals scattered along the surface of the object during the last stage of processing. 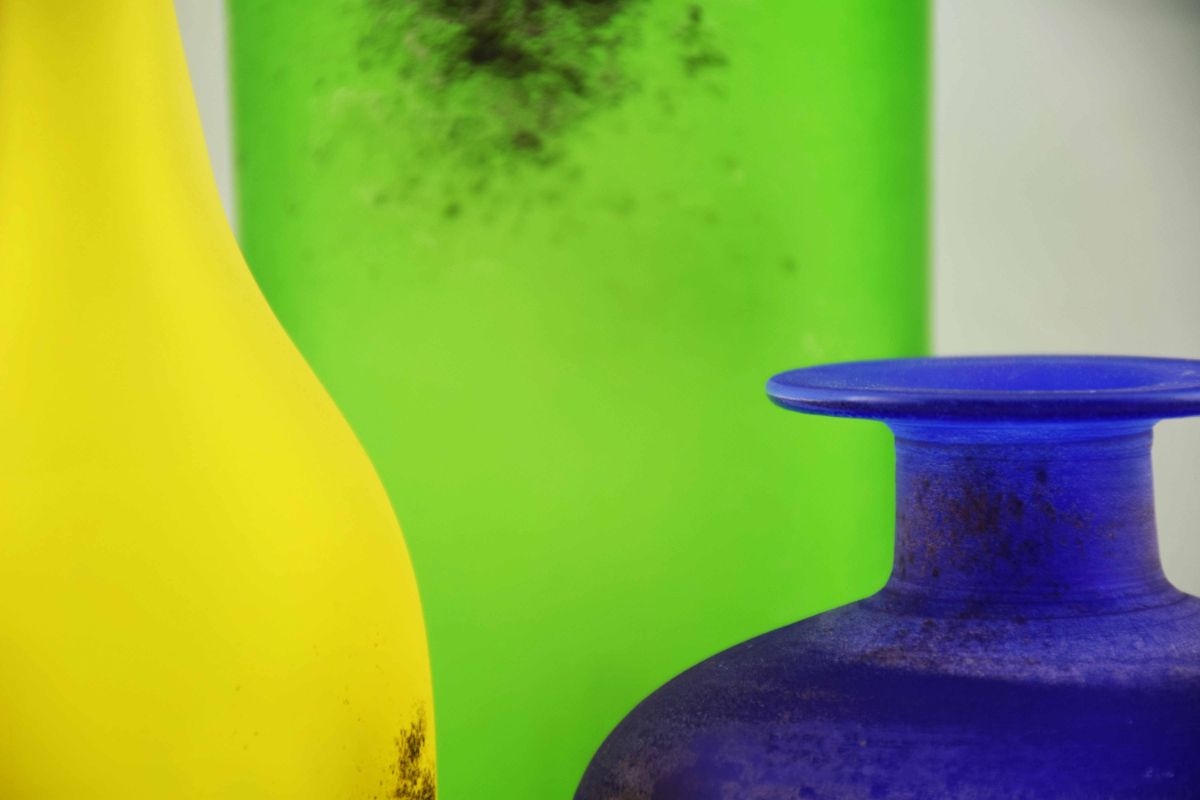 Calcedonio work consists of a vitreous mixture with a dark, red when transparent base, with coloured threads imitating a variety of natural chalcedony, such as agate.

Invented in Murano in the mid-15th century, its difficult preparation requires the addition of various metal compounds to the glass mixture, each in specific ways and intervals.

The secret of its manufacture was lost in the late 18th and early 19th centuries, but was fortunately rediscovered during the 20th century by Lorenzo Radi. 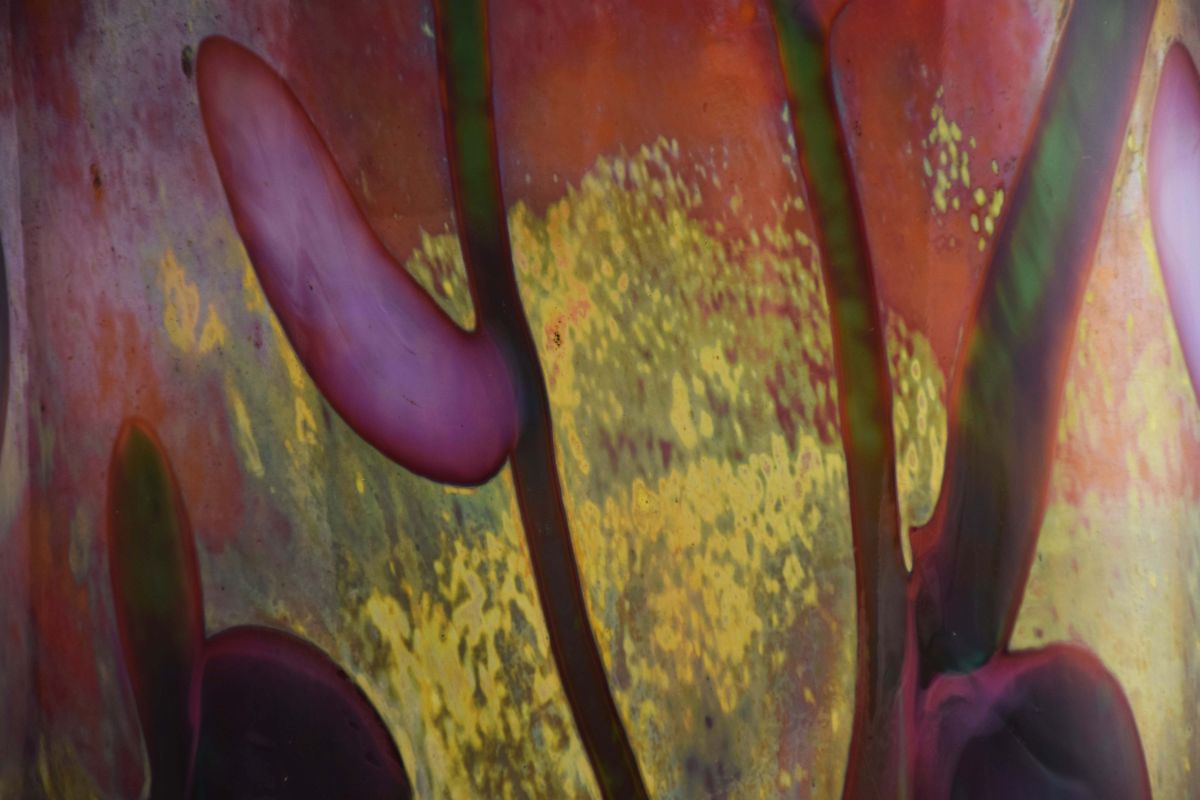 Over the centuries, Murano glass masters have created numerous types of coloured glass rods, all designed to be combined and fused together in order to compose a unique mass of glass with a precise shape.

This technique was widely used until the 16th century, when the decline of the glassmaking industry began, and was then lost. It was rediscovered around the middle of the 19th century when a Venetian merchant, called Sanfiriquo, asked the various Murano furnaces for such a quantity of objects created with this technique that from then on all products made with it were named after him.

Of the various cane designs in Zanfirico, the most delicate is certainly that produced using the half filigree technique, whereby the final appearance of the object features glass canes placed very close together. 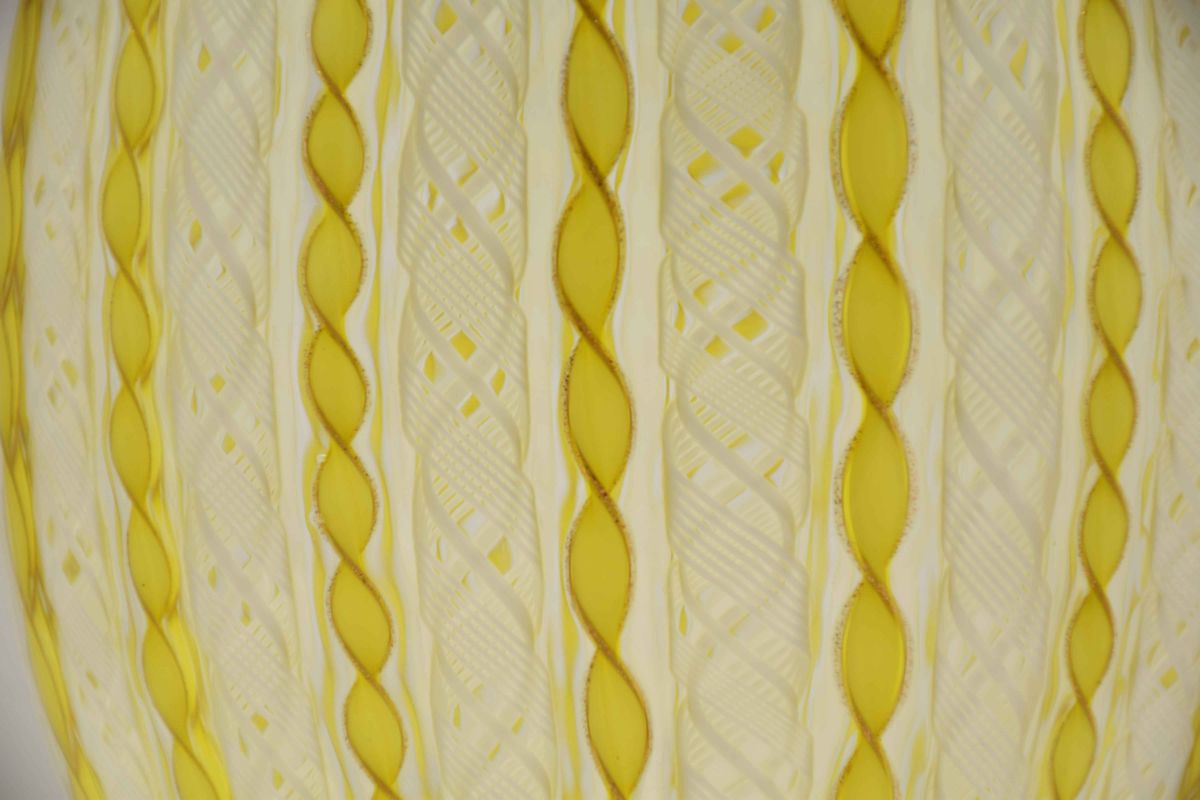 A particularly fine glass paste, aventurine was invented by glassmakers during the first half of the 17th century. Its name derives from the complexity of its processing, which was difficult and uncertain in its result.

The preparation of avventurina is long and delicate, resulting in the formation of small, copper-coloured, laminated, sparkling crystals. Its preparation was kept secret for many centuries and known only to a few glassmakers.

The glass is only taken out of the furnace in blocks once they have cooled down; the glass masters pay the utmost attention to the re-melting stage, which could seriously compromise the quality of the aventurine. When the object has cooled, it is cut as if it were a stone, or hot-worked for the composition of the final product.

The ‘classic’ aventurine is a shimmering brownish colour, while even more valuable is the verdigris, which has a copper-green colour with a unique effect. 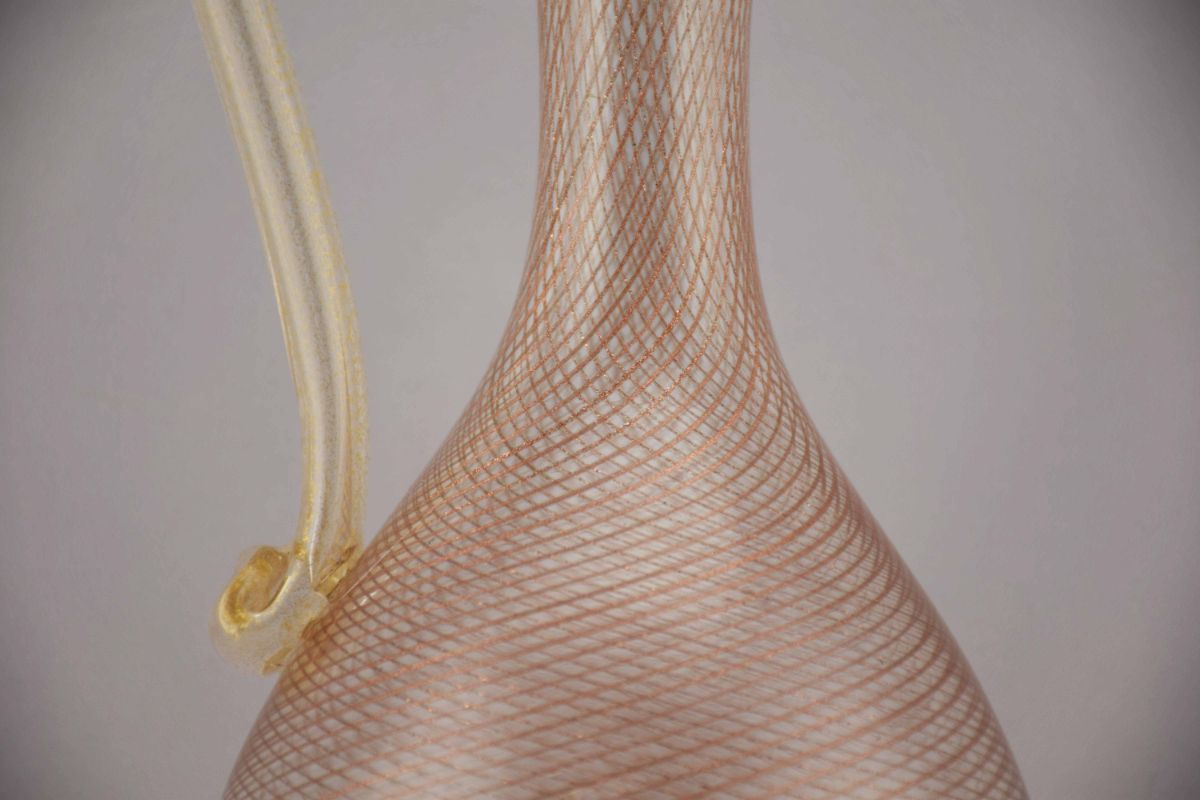 The Ballotton is a metal mould that allows for a cross-shaped pattern in relief. Inside the mould are small square-shaped dots which, when the glass is blown, leave this shape in relief.

The relief is subsequently handled with care during the blowing and modelling stages, so that this geometric pattern with a noble appearance is maintained. 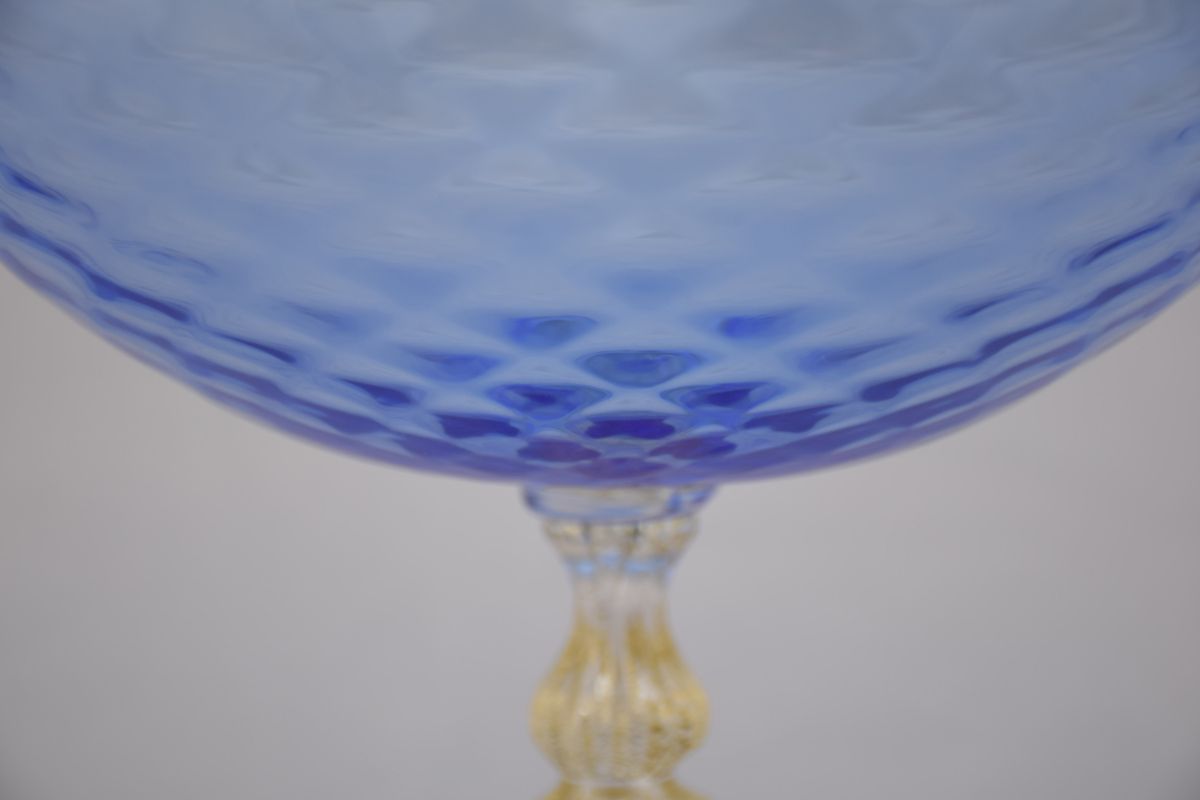